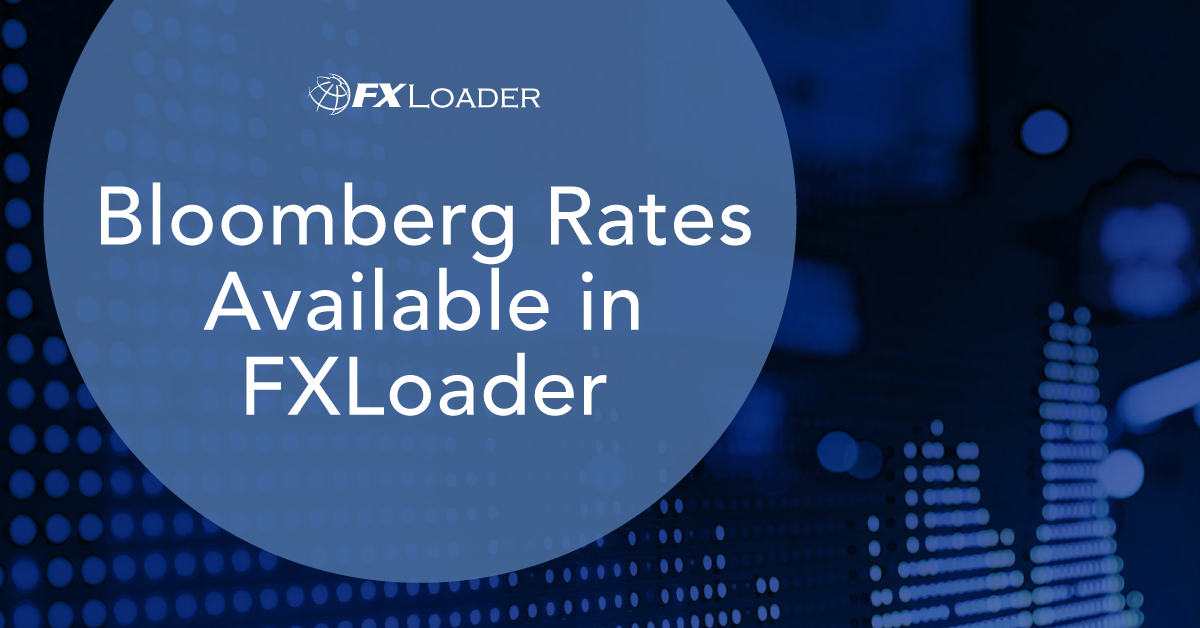 Posted at 11:30h in Blog by Peter Care
Share

We have always been committed to providing the leading sources of FX rates within FXLoader, based on the market and requests from clients. However, Bloomberg was one source that was not possible to add, due to the lack of a web service compatible with our modern Oracle Cloud platform.

That changed when Bloomberg released their Hypermedia API (HAPI). So now you can access all the different types of currency rates provided by Bloomberg and automate the load into your ERP.

Bloomberg has had a web service available for some years, but it required private key certificates, which were not compatible with modern cloud platforms. The new Hypermedia API (HAPI) is a more modern API interface into the Bloomberg data.

To access these rates, you will need an account with Bloomberg of course. Our understanding is that you will need the basic ‘Bloomberg Terminal’ subscription, plus an add-on for web services. We would recommend you check this with Bloomberg. They are a high-cost provider compared with some alternatives, but if you already have a Bloomberg account, there may not be anything extra.

Bloomberg identify their rates via Tickers. Standard end-of-day market rates take the form ‘USDEUR Curncy’ for USD>EUR, but there are many others reflecting central bank rates and other timings.

You now also have the option to set up the Tickers directly in FXLoader instead of specifying the from/to along with a suffix. This is done via a new type of Currency Set in FXLoader.

Who Should Choose Bloomberg?

The choice of rates source is always a little subjective, and there is a large range of rates available in FXLoader. Rates vary from free central bank sources, up to the most expensive.

Factors to consider when choosing a rate source are:

Bloomberg ranks alongside Refinitiv as one of the most expensive and comprehensive sources. Many of the largest companies in the world will have a subscription to one of these two, and use them for a lot more than a source of FX rates. We expect most clients who choose Bloomberg to also be in this position.

We are constantly releasing new functionality into the FXLoader Cloud Service. Here is a summary of additions over the last couple of months:

If you would like more information on Bloomberg or any of the other enhancements, you can contact us at info@fxloader.com.